This is a CCTV footage shared to me by my friend Tita Kelly. I don’t know how to explain this manifestations of a little boy that was captured on the CCTV but this video footage was one that seemed to be produced for a horror movie. However, this is not a horror film. This is an actual CCTV footage of a street in an unknown place in the Philippines.

We tried to get hold of the person who uploaded this on FB but to no avail. We hope you won’t mind if we share your video. Please take note of the time in the counter. This footage only took a few seconds. 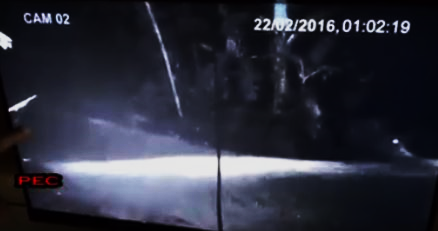 As his headlamps light up the road, he suddenly sees a boy in barong outfit and black pants.

The Barong Tagalog, more commonly known as simply Barong (and occasionally called Baro), is an embroidered formal shirt which is considered the national dress of the Philippines. It is lightweight and worn untucked over an undershirt.

Some funerals have men wear the Barong Tagalog and black trousers while sporting a black armband; the garment is traditionally in shades of white and being formal wear, it is considered appropriate

This is the National outfit of the Philippines. 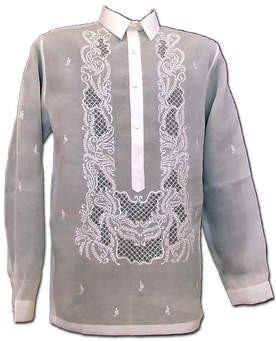 In the video we see the little boy wearing the Barong Tagalog and black trousers. This assumes that the boy had passed away and is now haunting this area of the place.

As seen in this clip. The boy is standing in the middle of his path with his hand up. The boy seemed to gesture the stop sign. 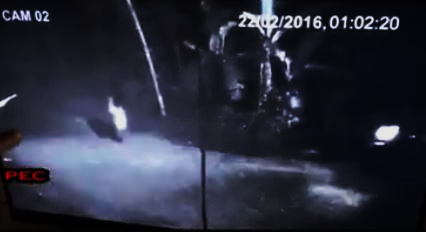 The rider hits on the brakes and suddenly stops where he seemed to have hit a little boy. 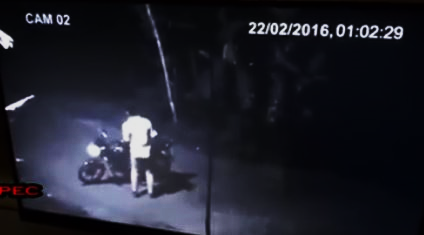 He gets out of his bike and checks to see if he had indeed hit the little boy. He checks his surroundings and does not see anyone around, even the little boy who he thought he had hit. 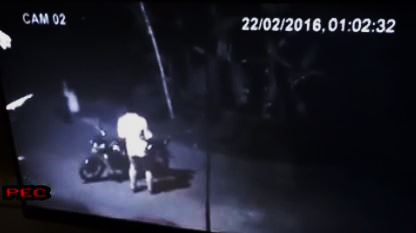 The rider runs away after seeing the boy appear out of nowhere. With his eyes on the boy, the boy suddenly vanishes into thin air while running away from the boy and leaving his bike behind. 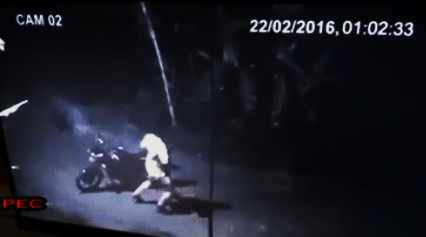 If this were a hoax, they have done a pretty good job in editing it in. The timing of the reaction of the motorcycle driver and the appearance and disappearance of the boy in barong is perfect. Everything happened in just a few seconds.

In reality, there is not much time to react and correct a possible accident waiting to happen in this part of the road trying to avoid a person from being hit.

This could be the very same spot that the boy met an accident in his past life.

Here is the actual CCTV Footage:

For comments or unusual stories, pictures or video you wish to share, email to randygma@yahoo.com.

For more stories and pictures like these visit www.southofmetro.com.

Hire The Best Electrician To Make Your Home Comfortable And Safe