Home Lifestyle Life “I was not alone.” 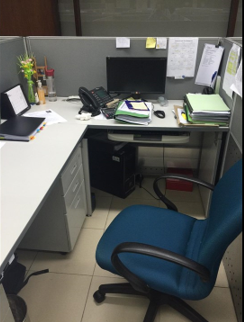 This is a story shared to me in one of the offices where my friend works. This is not my personal experience. However, she would like to share what she had captured on cam.  And this is her story.

There had been stories going around that there are some ghosts roaming around the office, attempting to make their presence felt.  Some would hear keyboards clicking when the office floor is empty; others saw footprints of a child in an old dusty cabinet.  I once heard footsteps (in heels) approaching me one late night in the office, but when I looked there was no one there.  I’m not easy to scare so I didn’t mind those stories or even my personal experience.

And then this happened…

One night, around 9 PM, I noticed the desk of my colleague who went home for the day a bit messy. She doesn’t usually leave her desk in disarray when she goes home.  Amused as I was, I decided to take a picture of her desk and sent it to her through FB messenger with a caption “ikaw ba talaga e to?” (Translated in English: Is this really you?)

I later figured that she was probably just hurrying home since she had to stay late in the office that day.

The following morning, when she arrived at the office, the first thing she told me was “Did you look closely at the picture you sent me?”

She then instructed me to look at my reflection on the glass wall as I was taking the picture.  That’s when goosebumps ran down my neck as I realized there was another figure beside me! 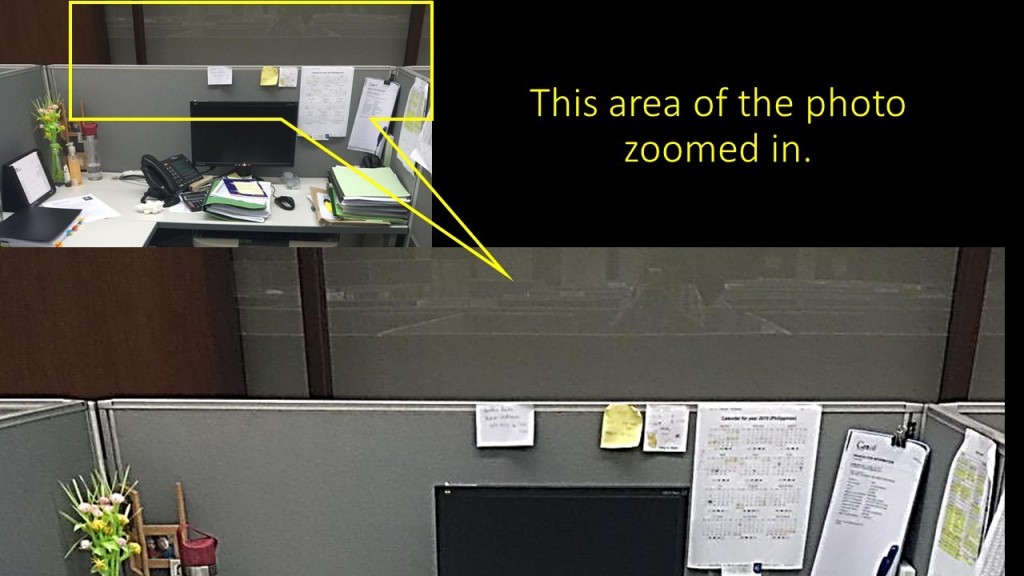 I was alone at the office at that time!

This photo was shown to me but was never shared. It was only today that this photo had been released for me to examine.

As I started to check the photo and have added some filters to enhance the image, slowly an image of the person beside her had become clearer. Now the face a person is much defined in the picture. 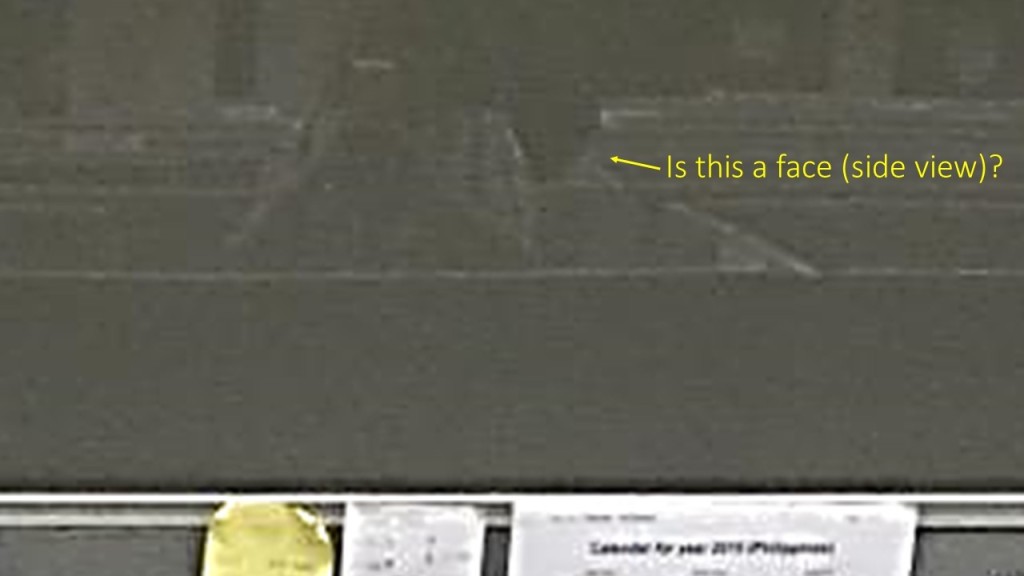 A close up of the person proves that this is no silhouette of an office equipment, nor a bag, nor a jacket. It now reveals a real face of a person. A face that is not familiar to her. 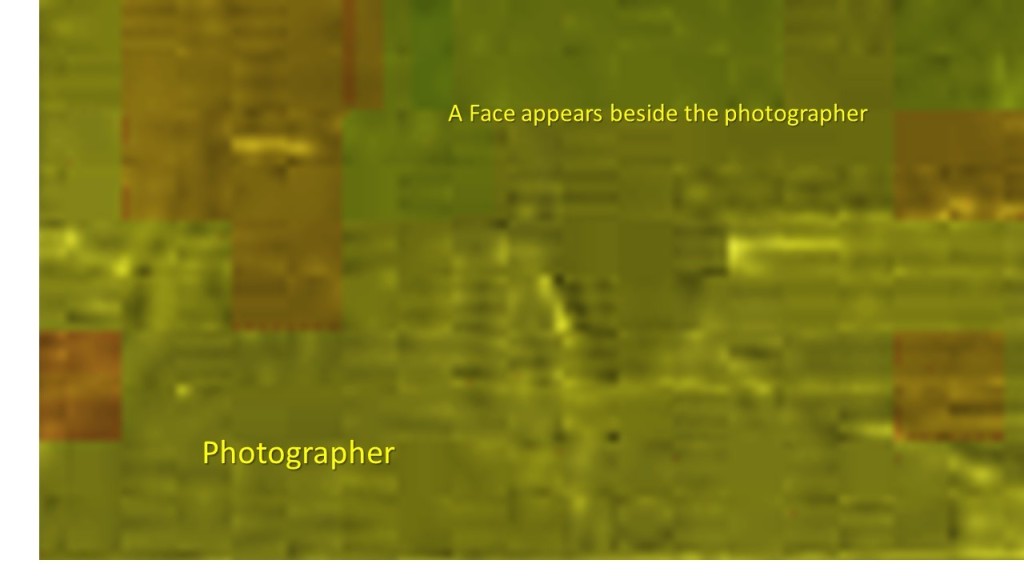 I have zoomed in further and enhanced the photo with other filters. Now, you can clearly see the head, the hair and the face and even the bridge of the nose of a person facing us.

There have been other activities that have occurred in her office but this is a different story.

This is just one proof to show that we are not alone.

Is this for real? You decide.

Read my column: “HIStorya” at southofmetro.com for more mind boggling stories and pictures.