Home Lifestyle Life Is Our Wedding Companion a Ghost? 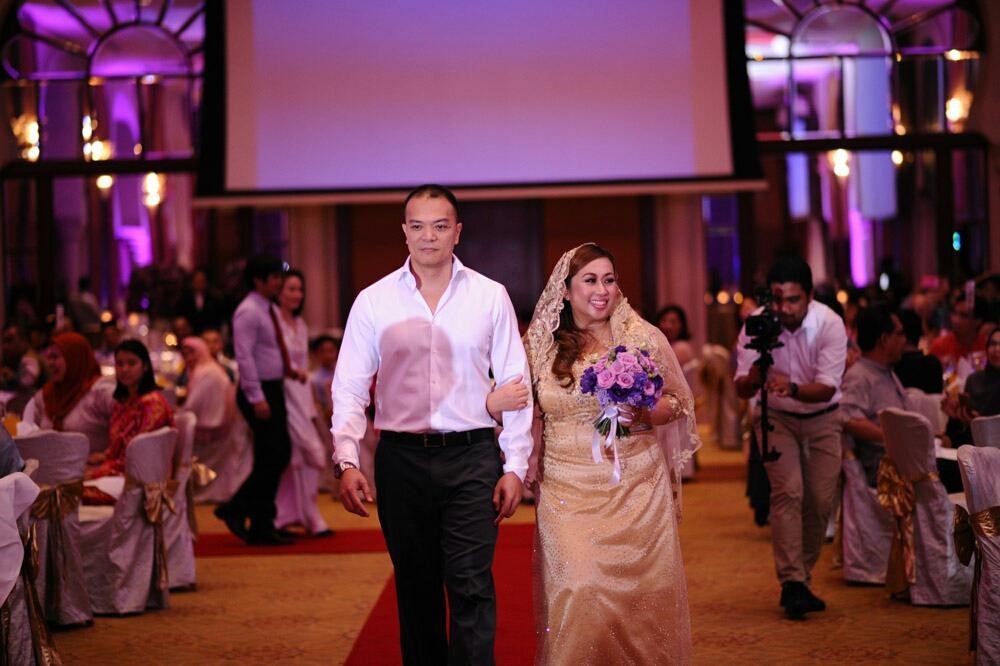 by Randy Topacio | South of Metro |

A wedding is a ceremony and associated rituals by which two people vow to spend their lives together in marriage. But a wedding is not just about the couple getting married. It is also an exchange between that couple and their community of family and friends. It is a moment whereupon the couple vows to be together as a pillar of support, and simultaneously thanks their community for supporting and loving them.

By attending a wedding, the guests are also agreeing to uphold this couple in their marriage together. Typically following the ceremony is a reception,

A wedding reception is a party held after the completion of a marriage ceremony. It is held as hospitality for those who have attended the wedding, hence the name reception: the couple receives society, in the form of family and friends, for the first time as a married couple. Hosts provide their choice of food and drink, although a wedding cake is popular. Entertaining guests after a wedding ceremony is traditional in most societies, and can last anywhere from half an hour to many hours or even days.

In some cultures, separate wedding celebrations are held for the bride’s and groom’s families.

Before receptions—a social event that is structured around a receiving line, and usually held in the afternoon, with only light refreshments—became popular, weddings were more typically celebrated with wedding breakfasts (for those whose religious traditions encouraged morning weddings) and wedding balls (for those who were married in the evening). The popularity of receptions, rather than breakfasts, dinners, and balls, during the 20th century led to the name reception being applied to any social event after a wedding, whether it is brunch, tea, dinner, or a dance.

The wedding reception may include food, music, dancing, and other rituals such as cutting the cake, or the first dance. Through the years, wedding receptions have been a venue for the couples and guests to watch what had transpired during the whole event in the form of an on-the-spot editing and video playback.

This wedding reception was held in Malaysia. As the couple enters the wedding reception, all eyes are on them. Videographers documenting every precious moment of the life as a married couple as seen in the picture below. 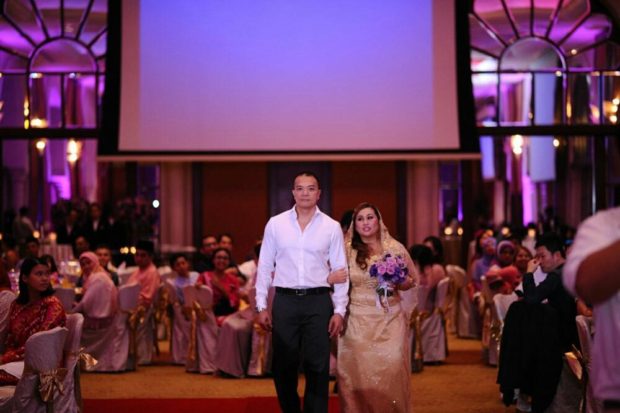 As the couple marches to their table, pictures are taken every step the couple makes towards their presidential table.

It was only after the reception that the pictures were reviewed by the photographer and the couple. In one of the photos taken, a face of person had appeared on the shirt of the groom (featured photo above).

Could this be the face of his father or grandfather?

If you have interesting pictures or stories that you wish to share, email me at randygma@yahoo.com.

For more stories like these, visit HIStorya at www.southofmetro.com.