Home At Home How to Fix Common Plumbing Problems 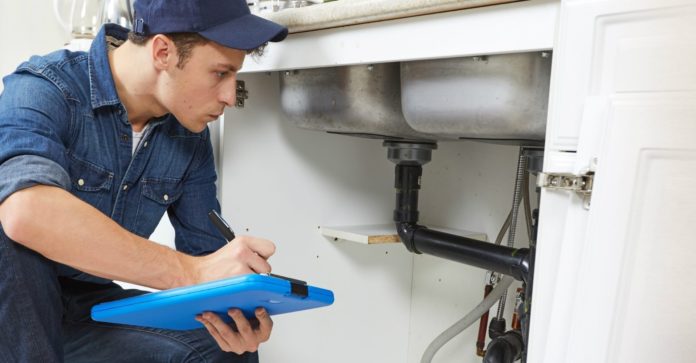 SouthOfMetro.com | A homeowner needs to be prepared to fix common plumbing problems. For the most part, they need to be fixed right away or, at least, managed right away, since calling a plumber may take too long. It’s often best to simply learn how to cut the water supply and prevent the problems from escalating if you don’t know how to actually fix them.

In the long run, however, a homeowner should learn how to maintain their plumbing and inspect it on a regular basis. This costs less and it may even prevent problems from appearing in the first place.

This is one of those problems that are more annoying than dangerous and most households don’t even bother fixing a dripping faucet. Have in mind, however, that this is a waste of water and that it can lead to a more serious problem later on if not addressed in due time.

The problem usually originates with the rubber within the faucet that has lost its grip over time. It’s only the rubber that needs changing and that takes less than five minutes for a skillful homeowner. The water coming to the valve should be shut off during the repair.

A blocked toilet is probably the most stressful plumbing emergency since it needs to be dealt with quickly. There are two things you’ll need to do in these cases. The first is to prevent the toilet from overflowing by shutting off the valve.

Once this is done, you’ve handled the biggest issue and you can start removing the actual cause of the blockade. If you can’t do it with a plunger, it might be best to call professionals, such as the experts for a blocked toilet from Pipe Relining Solutions, to remove the pipe altogether.

Again, this is a plumbing problem that takes time to notice in the first place, unless the pressure is really low. This could be a problem with the drains being blocked or in the worst case, because somewhere your drains are slowly leaking.

Start by cleaning up your pipes with a vinegar solution and see if that makes a difference. If it doesn’t, it indicates that there’s a leak and you should call the plumber to start inspecting the pipes and possibly replacing them as well.

The problem with a water heater could be with the pipes or with the heating itself. The pipes can go wrong in only one way – they could leak. That’s easily fixable by replacing the pipes while the water is shut off. The same goes for the heating problem – it means that you need to replace the broken part.

However, if the water heater is leaking from the tank, you may have an unsolvable problem on your hands, and you may need to simply replace the heater altogether. This usually doesn’t happen that often and you’ll need to make this expense every 10 to 20 years.

A note about maintenance

Most household plumbing problems could be fixed simply by making sure you’re using your plumbing responsibly and by taking the time to do regular maintenance even when there are no visible problems with it. This will help you catch the problem before it gets complicated and give you a chance to call the plumber on time.

This is especially true if you have an older home and know that there might be a problem with the pipes simply due to their age.

It’s important for a homeowner to have a set of tools at home and to be able to manage a few common problems with their plumbing. Still, don’t hesitate to call a professional when you don’t know what to do.