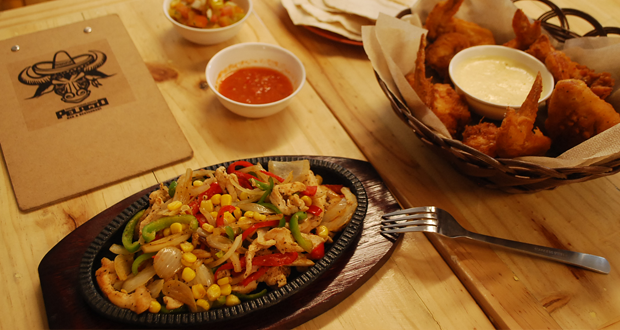 If you’re lucky enough to reside near the areas of Muntinlupa and Las Pinas cities, consider it a sign that you were destined to dine in this colorfully decorated al fresco restaurant near the Water Garden area of Festival Mall, Alabang, Muntinlupa.

Diehard fans of Tex-Mex food may find this ingenious Mexican-Filipino fusion bar and restaurant as a gem worthy to be frequented. Pelagio Bar and Restaurant offers a variety of  Filipino Mexican food, such as Alitas, Quesadillas, Tacos, Fajitas, Burrito and a lot, lot more. Owned and operated by Chef Pelagio Manalang III, Pelagio Bar and Restaurant opened in September 6, 2016 and had a grand launch on October 22, 2016.

In my recent trip to Pelagio, we were treated to an array of delectable food that will definitely satisfy your craving. 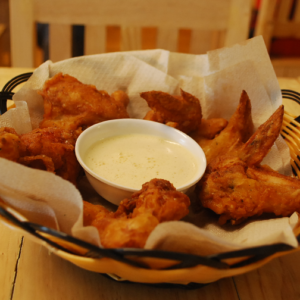 Pelagio Bar and Restaurant’s version of the Quesadilla is available in chicken, pork and beef. This tasty dish has its roots in the Mexican cuisine and is typically made using cheese and chicken. Both chicken and beef versions of Pelagio’s Quesadilla’s are both worth the try.

For beverages, aside from the Margarita that was prepared by Chef Pelagio, we were able to taste two refreshing beverages, the first was was the Agua Fresca. The Agua Fresca (Spanish for fresh water) is a light, non-alcoholic drink that is usually served by street vendors, in bodegas, and at eateries throughout Central America, Mexico, and the Caribbean, as well as Mexican cafés and taquerias around the U.S. Pelagio’s version of the Agua Fresca comes with watermelon and mint. The second one was the Horchata. The Horchata is  made up of rice milk and cinnamon, and proves to be one of the two of the best Mexican beverages that I’ve tasted so far.

For more updates on Pelagio Bar and Restaurant, visit their Facebook page at: www.facebook.com/PelagioRestoBar