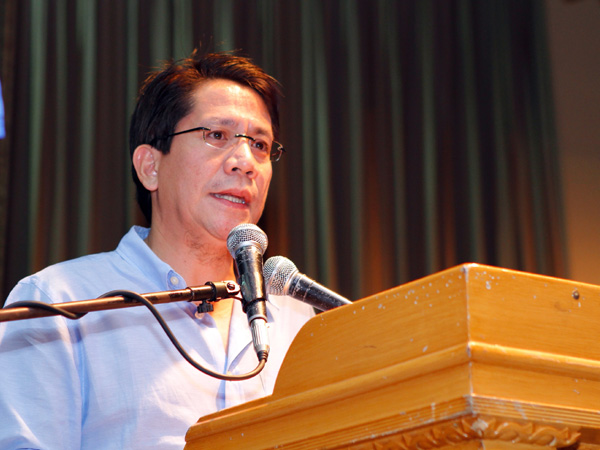 Senatorial Candidate Roman T. Romulo today lauded the action of President Aquino of signing an executive order increasing  the salary of government workers but continues to express his disappointment on the President’s lack of support on the proposals to reduce income tax rates.

“The grant of salary increase to government workers is timely considering the high cost of living.    However, such would have been more meaningful if the President also supported my proposal to lower the tax of all income earning citizens, private or government.”said Romulo.

“Despite the signing of said Executive Order, Congress should still pass the SSL 4 to ensure its continued implementation. The Executive Order of the President is good only for this year and does not provide for an indexation of pensions for retired police and military personnel, as such Congress should not pass this matter to the next administration, we should decide on this once the election season is over, ” concluded Romulo.