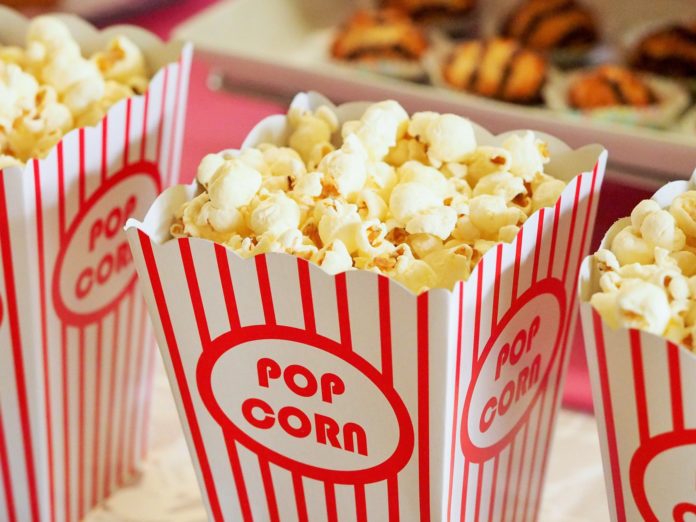 South of Metro |  First, it was pandemonium created by fans for the Beatles movie. Decades later, it was for the One Direction movie. These days, the biggest fandom in the world called the BTS Army is responsible for the massive movie premiere ticket sales of a documentary-type film about a Korean boy band.

Indeed, movie premieres, even just for documentary films, are now considered among the most exciting events for young people because of fandom culture.

Camping Out for Days

It’s not uncommon to see fans lining up at the theater for days in anticipation for the first day of movie showing. As demonstrated in the American TV show, “The Big Bang Theory,” die-hard movie franchise fans would camp out for days, come rain or shine, just to be among the first to ever watch a much-anticipated film.

This is all due to fandom culture. It is changing the movie premiere experience, and not just by making sure that tickets are sold out. Huge fan bases are creating some kind of a festival atmosphere to celebrate the films produced featuring their brand of entertainment.

The movie premiere event for BTS’s “Burn the Stage: The Movie,” which showed in select theaters in the UAE mid-2018, for example, gathered fans from across the MENA region, and the first day of showing was like a huge shindig. There were cheers, singing, and dancing at the countdown to the opening of the theaters.

The MENA-based BTS Army prepared so much to make the premiere a genuinely momentous occasion. In the lobbies of the theaters, kiosks were selling all kinds of merchandise. Musicians also brought instruments to play BTS songs, and there was a large screen where fans got to watch other videos of the boy group. It was a whole new level of fanaticism.

But it’s not just the fandom of music artists with movies that are taking movie premieres to the next level. Fans of popular movie franchises are doing their bit in making the initial film release dates completely special.

They are known to organize VIP viewings (a difficult first-come, first-served system). For these viewings, a luxury theater is reserved for the exclusive group of audience. It’s a grand experience; the chosen cinema has the comfiest seats. Plus, there are additional services such as gourmet theater food provided for an exceptional movie-watching experience.

It’s worth adding as well that VIP audiences receive special tickets. Aside from an electronic one, they get specially designed tickets which can serve as mementos of the occasion.

Other Creative Efforts of Fandoms for Movie Premieres

The perks, as mentioned above, are more than enough to make film premieres exciting and unforgettable, but fandoms are capable of more.

With extensive organization, a lot of fan clubs get to combine other activities in line with the premiere. This is not that difficult to do nowadays, especially if you consider how luxury cinemas have their loyalty programs.

Organizers of exclusive premieres held at private cinemas can work out arrangements based on loyalty programs. Examples of these perks are:

With these programs, fans can enjoy a host of advantages — including full-day passes at nearby amusement parks. For instance, at Roxy Cinemas in Dubai, becoming a Roxy Plus member currently includes a free Laguna Waterpark Full Day Pass worth AED 145.

These are standard perks offered to loyal members. Typically, the private cinema is part of a network of businesses — restaurants and retail stores — that help each other by sharing customers.

Apart from those two, fandoms increase the excitement by organizing contests for the premiere whose prizes are even more lavish, such as:

Some fan bases are known to provide VIP accommodations at a hotel for contest winners. This includes transfer services to all the events surrounding the premiere.

Hotel accommodations are often combined with the chance to attend the press meets for the film, and meet the stars of the movie at an after-press meet and greet.

The perfect example for this is how, in a few movie venues for BTS’s latest movie, there were special AR photo booths for select fans. These photo booths made it seem like the members of the group were actually present to personally welcome and take pictures with fans.

In a lot of fandom-organized premieres, freebies are prepared for the exclusive initial screening of the movie. The giveaways are movie-themed products limited to the group, and cannot be purchased anywhere else.

In countries like South Korea, fandoms host tours in preparation for any big celebrity event, be it a concert, movie premiere, or even album launch.

These tours are treats for contest winners who want to see their stars’ favorite restaurants, or where certain scenes in a certain movie or music video were shot. They even include shopping trips to stores selling brands endorsed by the stars.

Brace Yourself for More

Clearly, there’s no shortage of creativity and imagination to make events such as film premieres momentous. As fandoms grow in numbers and their passion, there’s no doubt they’ll come up with flashier ways to show support for the movies of their beloved celebrities.