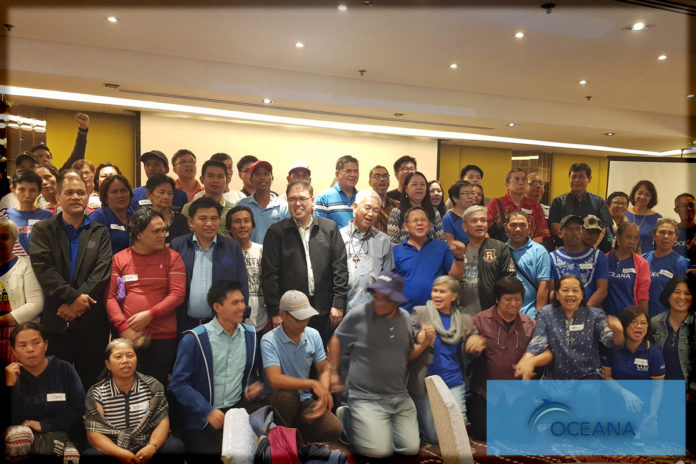 “We are alarmed by the apparent disregard of our progressive laws for the protection of our vastly threatened natural life support systems, and allowing these reclamation projects to pave our mangroves, seagrass beds, and other marine habitats. Dumping and filling of critical marine support systems in Manila Bay are not only violating our laws; these deprive our artisanal fisherfolk of their living and sustenance as well as fisheries and biodiversity which are heavily impacted.” 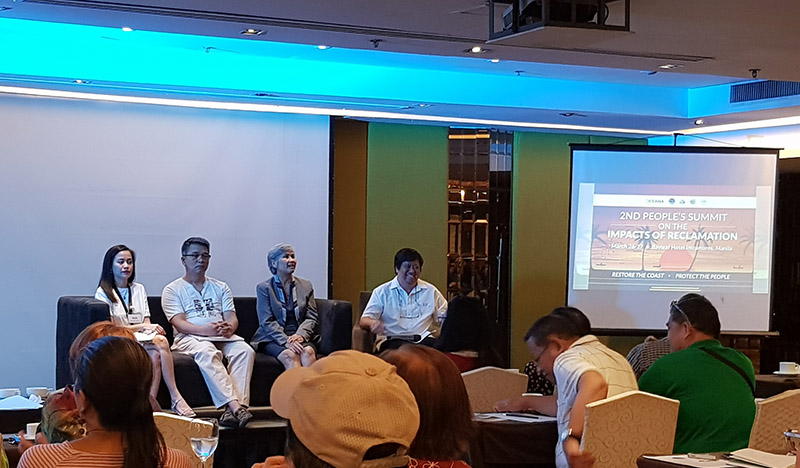 This was the statement of Oceana as they called on the government to uphold and enforce the Law in several reclamation projects submitted to and being processed by the Philippine Reclamation Authority (PRA).

In the summit of civil society and fisherfolk groups held on March 26 and 27, Oceana questioned the PRA and other national government agencies, and local government units for processing the application of these projects despite possible violations of the Local Government Code, the Fisheries Code, the Environmental Impact Statement System Act, and Climate Change Act, among other laws.

“Local government units expand their land territory further into the sea, substantially changing its territorial boundaries. Under the Local Government Code and other laws, rigid requirements include a national law enacted for that purpose and a majority of votes for its approval is cast in a plebiscite.  The affected stakeholders’ State-guaranteed right of public participation should be honored. We dare ask the proponents of these projects to prove that they complied with these requirements and they can stand before the people that they did not violate our laws,” said Atty. Gloria Estenzo Ramos, Vice President of Oceana Philippines. 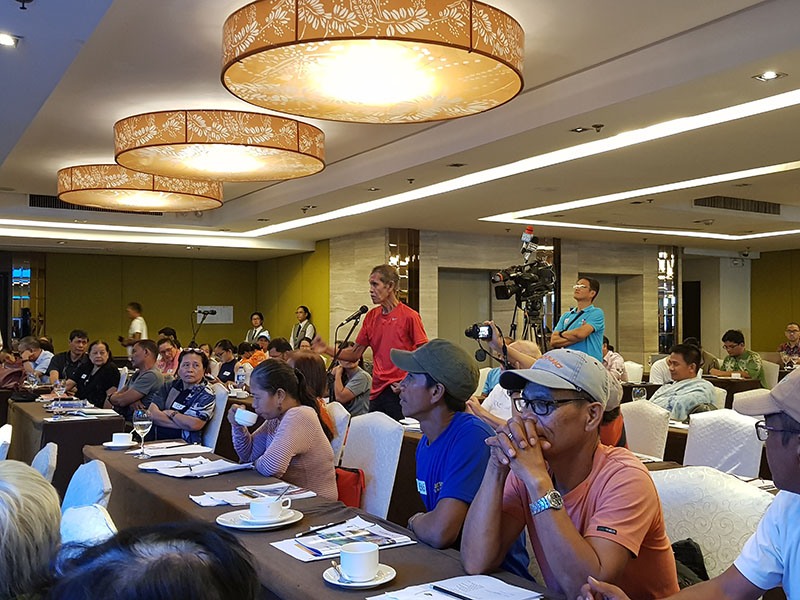 Under the Local Government Code (Republic Act 7160), a local government unit’s boundaries may only be substantially altered by law enacted by Congress. Section 10 of the same Code provides that no substantial alteration of boundaries of local government units shall take effect unless approved by a majority of the votes cast in a plebiscite called for the purpose in the political unit or units directly affected. These are in addition to the other requirements of the Code and pertinent environmental laws, such as consultation of local communities.

According to Ramos, some local government units use these illegal dumping and filling projects to increase their Internal Revenue Allotment (IRA) without going through the rigid process set by the Local Government Code. “Thus, disbursements by the Department of Budget and Management (DBM) of the IRA to a number of LGUs who have not complied with the legal requirements for reclamation projects are questionable,” she added.

The Bureau of Fisheries and Aquatic Resources identified Manila Bay as a rich spawning area of sardines. In fact, Sardinella Pacifica collected from Manila Bay and in other parts of the country was proven to be a distinct species found only in the Philippines.

“We are destroying highly vulnerable biodiversity critical areas. If the reclamation projects in Manila Bay do not comply with the processes set by the Environment Impact Statement System Act, this should be enough reason for the government to deny their application. However, if we will recall, no less than Environment Secretary Paje was quoted about the 600 illegal reclamation projects in the country in 2013. Yet, the Department of Environment and Natural Resources seems to be immobilized in going after these illegal projects,” explained Ramos.

Oceana also argued that the reclamation projects violate the right of preferential access to municipal waters of artisanal fisherfolk, under the Constitution and the Fisheries Code, as amended.

“Reclamation projects necessarily displace artisanal fisherfolk and deprive them of their livelihood and the main source of income. Destruction of our marine habitats is irreversible. It leaves our fisherfolk almost without income because of low catch and their families hungry and displaced,” said Ramos.

How to Build Team Spirit

Ways for a Musician to Create a Sense of Continuity in...

ABOUT US
South of Metro started as a personal blog in 2010, stood idle for awhile, then moved on to be a blogazine in late 2014. The site seeks to be a venue to promote and preserve the laid-back lifestyle of southern Metro Manila and its sister towns and cities. Chill on!
FOLLOW US
© 2014 | SouthofMetro.com | ALL RIGHTS RESERVED
This site uses cookies: Find out more.