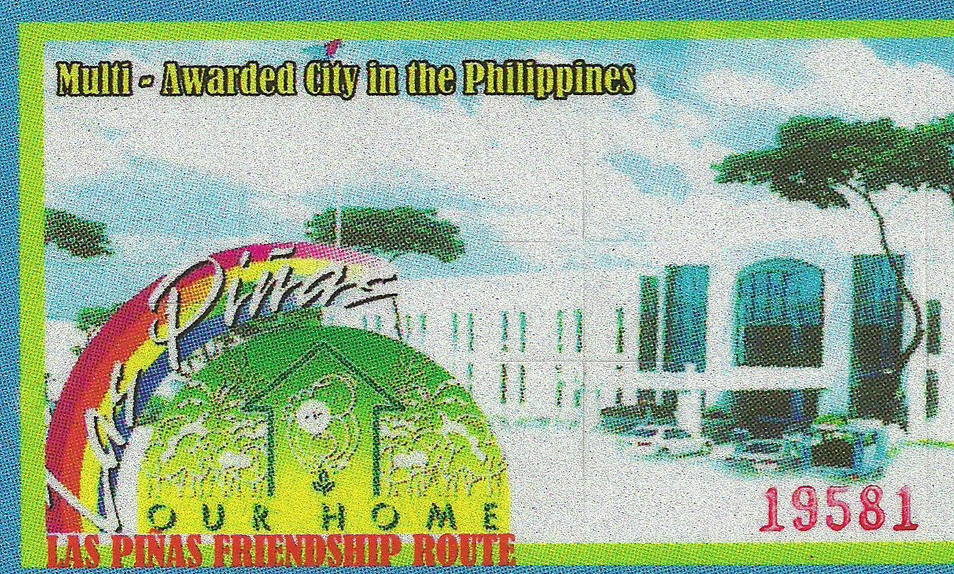 A syndicate selling fake friendship route (FR) stickers for access to selected private villages and subdivisions in Las Piñas was believed busted with the arrest of four (4) persons, including its alleged mastermind, in an entrapment operation.

First to fall in the in a series of sting operation led by retired Police Senior Inspector Joe Gonzales, head of the Mayor’s Office’ Civil Security Force, was Berocal who offered to sell the FR sticker for P1,000 and agreed to meet up with the undercover buyer in a mall’s parking lot. When arrested with two pieces of sticker and marked money, he confessed to have secured the counterfeit sticker from Mancela who yielded five (5) more stickers. Next to fall was Pineda who was nabbed while on duty at his post at BF Resort Village and found in his possession another five (5) stickers.

Follow-up operations on the same day resulted to the arrest of Reyes who admitted having the counterfeit stickers printed in a printing press in Bulacan. The 17 pieces FR stickers were confirmed to be forged based on security features and the control numbers.

“Bring them the full force of the law. This must a serve as warning to those who dare to bungle up our programs and continue to victimize the hapless public,” the furious Aguilar told the policemen.

What got the ire of Aguilar are the complaints, which was admitted by those arrested, that the stickers are being sold from P500 to P1,200 per piece. Last year, an information technology student was also arrested after he posted on the internet that he is selling FR stickers.

Police said the syndicate members found it lucrative to sell the FR stickers since vehicles bearing the same can pass through private villages with designated routes, otherwise denied entry or pay specific fees.

The Las Piñas friendship route stickers are given out for free to qualified residents    allowing access to designated roadways in private subdivisions as alternate to Zapote-Alabang Road being the main artery to and fro Alabang and Manila via Baclaran.

The arrested suspects are facing charges for violation of Intellectual Property Code (RA 8293), falsification and violation of City Ordinance No. 715-06 (Creation of Friendship Routes) and remained in custody unless they post bail.

Meanwhile, coordination with security officers and homeowners’ associations in over 200 villages and subdivisions in the city was strengthened following the resurgence of the syndicate’s operation when additional stickers were issued this year for those who failed to secure the limited issuance last year and with newly acquired vehicles.