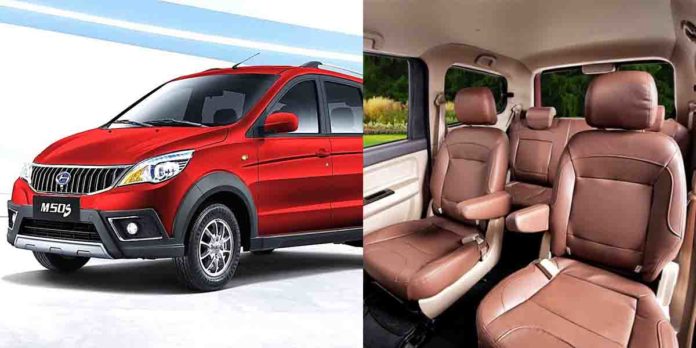 M50S MPV: now, even more of a family car

The new M50S is an incremental update to the popular BAIC M20 three-row MPV with its roomy cabin, rugged construction, responsive engine, and refined ride. Two years after the M20 was first introduced here, the M50S with its new series

designation now brings an MPV configuration that embraces a role that’s a natural result of it being both a refined people mover and a ruggedly versatile utility vehicle: the role of a versatile family car.

The M50S is a roomy, three-row rambler with its tall and boxy cabin accommodating 2+3+3 adults in its 8-seat version with a middle-row bench, or 2+2+3 on 7-seat variants with bucket seats in the middle. And, all these, while still leaving enough room for proper cargo space even without folding away the rear-most seats. Plus, on the new MPV with its more luxurious appointments, those seats are now done in microfiber leather–the synthetic leather that’s already widely used instead of actual pelts on fine eco-friendly luggage and footwear.

The M50S retains the proven durability of rugged body-on-frame construction and an RWD’s solid rear axle. That durability is slightly enhanced, and the MPV’s look made a little more aggressive, by black polymer cladding that protects the bodywork against typical, everyday wear such as those caused by kicked-up road debris and lane-splitting motorcycle riders.

The M50S mounts the tried and tested DAM15DL 1.5 liter Euro 5 gasoline engine that delivers an exceptional 114hp of peak power and 150Nm of peak torque by means of an advanced dual variable valve timing (DVVT) valvetrain acting on the engine’s intake and exhaust cycles. And, flooring the throttle on the M50S’ intelligent drive-by-wire system automatically disengages (and later reengages) the belt-driven air-conditioner compressor to deliver maximum torque if and when you need it. The new MPV retains that best-in-class 2790mm wheelbase which gives it a smooth and stable ride that’s more like a sedan’s rather than a van. And, on the M50S with its precise, electrically assisted steering, vehicle control is easier with an infotainment system that pairs a reversing camera’s sharp wide-angle optics with the clear visuals of a large multi-function display.