Home Features The Lighthouse at Cape Santiago in Calatagan 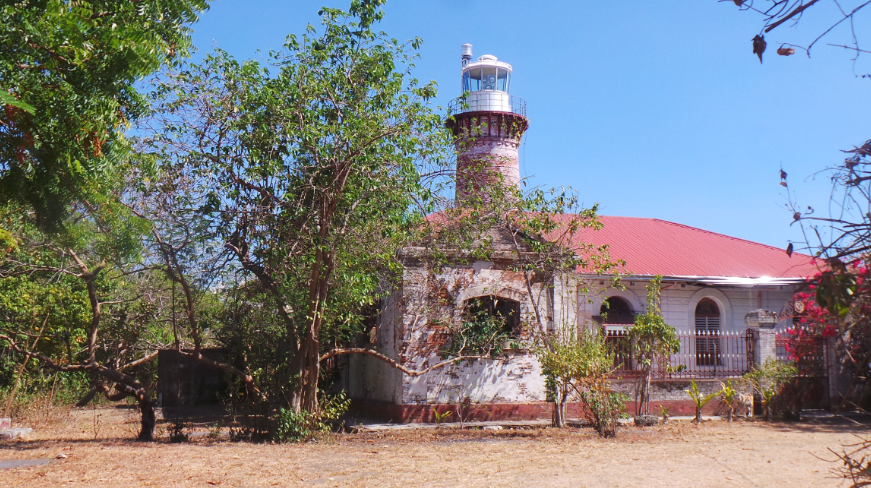 It was during my 5th grade in Don Bosco Makati did I first encounter the Lighthouse in Calatagan, Batangas.

I was then a member of our school’s Junior Aspirants’ Club which was known as a stepping stone to the priesthood. We had a field trip to Calatagan and in one of our walks on the beach, we reached the Parola as it’s locally known.

The word Parola is actually a literal Tagalog translation of Lighthouse, from the Spanish word Farola.

On this summer road trip, my wife Sweetie and I went to Calatagan just to look for the Parola. We were in Calatagan about 3 years ago but missed finding it. It seemed like a lost icon from my childhood. I had to find it this time.

Traveling from Tagaytay City, we traversed the highway going to Nasugbu then turned left from the junction where the Shell Gas station is. We then passed by Lian and finally, the welcome arc of Calatagan with lighthouse posts greeted us.

From the main road, we turned right at the Calatagan church (the road is one way) and turned left on the second road which is Apacible street.

It was past 1 o’clock in the afternoon and we were starving. We chanced upon a small bakery intending to buy some bread but instead walked into the neighboring eatery called Resto La Esquina. 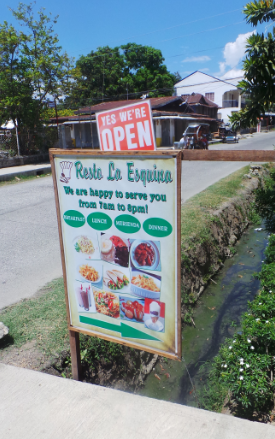 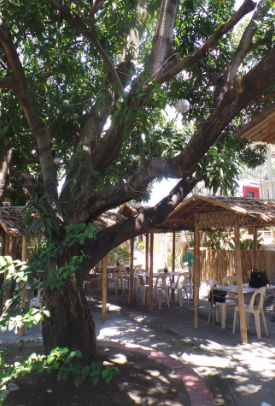 This short rest-stop became a bit longer than expected as we were introduced to the town’s former Vice Mayor – Doc Rogelio “Ogie” Zarraga – whose daughter owned the place. Apparently, that day was the town’s fiesta. He just came from a Barangay together with a former town councilor, Mang Joe. We stayed for more than an hour and partook of pansit bihon, tapsilog, squid balls, fish balls and halo-halo. Boy, were we famished alright!

Doc Ogie, a dentist by profession, showed us the direction to get to the Lighthouse, which was barely 7 kilometers from their place. It was Friday and the Lighthouse’s sentry was in a summer outing with fellow Philippine Coast Guards in Matabungkay so he said that he wouldn’t be able to take us up the Lighthouse’s deck. It was ok. We just needed to get there and see it for ourselves.

After we left Doc Ogie’s place, we traversed the route towards Playa Calatagan. We asked a local “manang” just in case we missed the signs.

We were told that the road was not paved and a sign will tell us where it is. Lo and behold, the signage was small and so was the road leading to the Lighthouse. It was good we had an SUV so we managed pretty well.

Getting there was all worth it. It was a rarity and thus, a site to behold.

I took some pictures from below the small hill where the Lighthouse stood, and of course from up there. The gates were closed as Doc Ogie said.

All I can say was, “mission accomplished!”