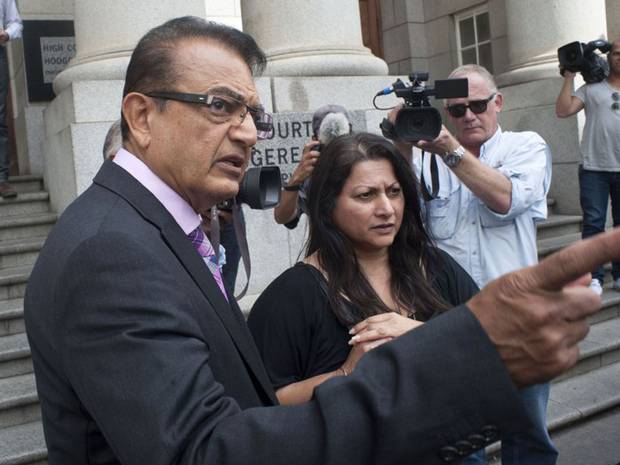 By Joel Barretto, CFPⓇ | via Negosentro.com |

How dare you!  Is the initial reaction of most parents.  But there are always two sides to the story.

I was having a discussion with my 73 year old friend who told me the story of a successful man, who turned over his business empire to his son a few years back.  Because the son was having too much of a good time living a lavish lifestyle, the business started into a downward spiral as his father watched his lifelong work diminish right before his eyes; to his dismay.

In an attempt to try and save his legacy, the father demanded his son to step down so he can rebuild what was about to be lost.  Of course the son has his own story to tell.  But long story short, this triggered an infamous court battle between father and son.

Being a successful man himself, who is also in the process of turning over his empire to his children, my dear friend could not believe how a son can bite the hand that fed him.

But the real question is… Why would a son with moral and proper upbringing do something like this?  Did the father raise him right?  Did the father pass down his knowledge, experience, wisdom, values and beliefs to his son, to equip him with the right tools in sustaining and protecting their wealth?

Legacy planning is a long and difficult process.  I have yet to meet parents who do not dream of being proud to see their children become successful in life.  But what is the true measure to one’s success?  Is it the amount of money you make?  Or, is it the amount of happiness your money makes for you, no matter how much or how little it is?

Abraham Lincoln once said, “The worst thing you can do for those you love are the things they could do for themselves.”  The best lessons we’ve learned are from our life experiences.  We learn from our good experiences but learn even more from our bad experiences, which we try to shelter our children from.

Internationally renowned systems analyst and attorney, Marshall Thurber, states that “94 percent of all failures are a result of the system.”

You may have developed an efficient system to grow your wealth and get to where you are now; but the question is, do you have an equally efficient and effective system to transfer your legacy to the next generation and into perpetuity?

According to the Family Firm Institute of Brookline, Massachusetts, “only a little more than 3 percent of all family enterprises survive to the fourth generation and beyond.”  You may be an expert in your business as you have developed systems and strategies to accumulate and grow your wealth, but how does that relate toward sustaining and protecting that wealth?

This is probably why ‘life coaching’ is becoming a popular and fast growing industry, specially for those successful individuals.

Joel Barretto, CFP sold his financial planning practice in Irvine, California U.S.A. to promote financial literacy and awareness in the Philippines.  He is a respected Certified Financial Planner practitioner with over 24 years of experience in helping people optimize, manage and protect their wealth.

He is a public speaker and lecturer on a variety of financial planning issues and strategies.  With a passion for entrepreneurship, Joel dabbles in venture capital projects and mentors up and coming entrepreneurs on growing their start-up companies.  He is a 2nd degree black belt in the martial art of Kempo and enjoys performing and directing stage musicals for community fund raisers. You can reach Joel at ask@joelbarretto.com.