Home Lifestyle Life Reach for the Stars, Why Don’t You? 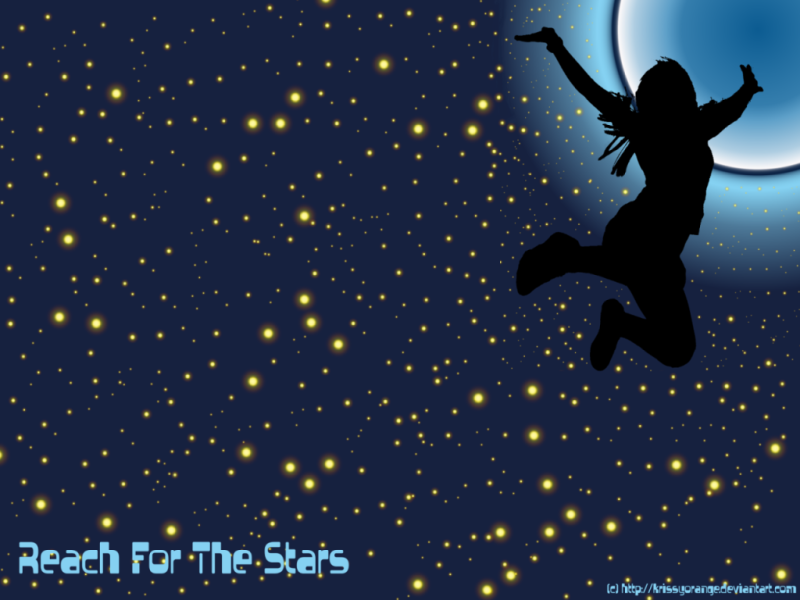 Listening to my 10 year old daughter memorize a lengthy speech in Filipino, I was amused at the way she mispronounced the heavy, archaic words with such confidence, like she owned it.  In the midst of her soliloquy, she would stop and complain that she possibly could not memorize all those horrible 9 stanzas. “Mom, it’s too hard! I can’t do it!” And this was notwithstanding the fact that she was actually doing it.

As a child, I remember being so shy that I could not even talk to a sales lady in a store to ask how much a thing costs. Or ask for a glass of water from a waiter at a restaurant to save my life. My mom would always coerce me to do things for myself as, looking back, she correctly diagnosed my condition as a lack of self confidence with a hint of laziness and dependency.  I knew then for a fact that I could always count on my parents to rescue me in times of desperation. Well, sometimes…

With my parents forever at my back, pushing and prodding, I grew out of my timid phase and ultimately joined the high school drama club. I sang and acted on stage like I was born to it, surprising everyone and most of all, myself. Talk about a boost of vitamin C-onfidence! Several times in school and my adult life, I was told I couldn’t do it. Sometimes I proved them right but for those things that really, really mattered and I desperately wanted, I did everything in my power to obtain it. And boy, obtain I did!!  Besides enjoying all the benefits of the success of my hard work, the icing on the cake was that, it felt so good to see the stunned faces of those who thought I didn’t stand a chance.  Priceless!

Now, with my own children, I could barely tolerate those words! Every time they tell me “I can’t,” I only counter with a big, fat, “YES YOU CAN!!!”  There is really nothing in the world that you can’t do once you’ve set your whole being to achieving it. Some people say that you should know your limits. But how do you know your limits if you don’t test how far they will go? I say stretch them and find out. Still some people would rather settle for something less than go for something more because they are afraid. Afraid of what?  Being a loser, that is! Failure is scary. All of us at some point in our lives fail at something. But that doesn’t immediately classify you as a loser. As they say, you only lose when you snooze. True failure only comes when you stop trying. It takes a lot of gumption to get back up on that saddle once you’ve fallen off. But once you’re back atop that horse again, (the higher, the better) the stars seem closer and easier to reach.

Take Michael Phelps, the most decorated Olympian of all time. In his Facebook page, he says, “You can’t put a limit on anything. The more you dream, the farther you get.”  Amazing how he really did get so far. 5 consecutive Olympic games in a row starting from the 2000 games in Sydney at age 15 all the way to the 2016 Rio games where at age 31, he establishes himself as the oldest individual swimming gold medalist in Olympic history. A legend!  Amidst all those gold medals and recognition, he stumbled and fell along the way. A couple of DUI’s caused him to be suspended from swimming for a while, several months of probation and community service and a self-imposed month and a half time in rehab. Then, in between his DUI’s, a photo of him smoking pot from a bong caused him the ire of many fans and he lost several millions in endorsements. The ultimate fall from grace. But he picked himself up, dove back in head first into the ocean called life and butterflied against the current, to claim the gold once more, or several more, at the culmination of his career..

Believing that you can do it is important. But having someone believe in you raises your capabilities to a new level. It’s a multiple boost of vitamin C-onfidence. Having your very own rah-rah squad really makes a great deal of difference. Michael had the whole world cheering for him. The rest of us mortals seek the blessings and good wishes of those around us and that is more than enough.  The positive energy they emit attracts the good vibes that motivate us to strive to do better and make us feel good about ourselves.

Like most moms, I want my children to do well in life. Because I believe in them, I don’t stop doing what I do best. And this is to rally behind them, being their number 1 fan and doing the whole rah-rah thing.  But also, aside from making them feel good by flattering them, I like to push, prod, coerce, nag, insist, cajole, plead, threaten, beg until I’m blue in the face, my voice ringing in their ears, just so they totally get it. After all as parents, that’s about the most we can really do. The rest is up to them. I have not a single iota of doubt in my mind that after they survive what I put them through, they can make their wildest dreams happen.

Tuning back in to my daughter’s soliloquy, by george she’s got it! She finally memorized all the 9 stanzas, albeit the funny way she mispronounced all the difficult words. She is so ready for her “sabayang pagbigkas” (group recitation) in school tomorrow. I am loving the look of impish accomplishment on her face. Pretty much like the cat that swallowed the goldfish or the look David must have had on his face after he slew Goliath. No doubt she is on her way to changing all her “I can’ts” to “I CAN!” All it really takes is that sweet taste of a well accomplished feat.

“Every great dream begins with a dreamer. Always remember, you have within you the strength, patience and the passion to reach for the stars and to change the world.” ~ Harriet Tubman

Lizette Barretto Gueco is a regular columnist and contributor atSouthofMetro.com and FoodFindsAsia.com.  She writes about her life’s passions which are family, home, food, relationships and how they fit in perfectly in her scheme of things and in the circle of life.

Lizette is now a busy home based mom after working in marketing and the travel industry for some time. She also ventured into jewelry design while she was a partner at a prestigious jewelry store at Greenbelt 5. Aside from juggling family schedules and managing the home, she also finds time to bake and sell her sweet offerings from her home as well as indulge in her other hobbies like jewelry making and arts and crafts.  She is an amateur filmmaker, traveler, foodie, dreamer and lover of life.

Lizette is a graduate of AB Communication arts from the Ateneo de Manila University.  You can email her at lizbgueco@gmail.com