Home Lifestyle Life Farewell good friend. You shall be remembered

This is a true story.

Sometime ago, we had an officemate who posted shots of our vacant office almost every morning on our Viber group. This was probably to show us that he had arrived early at the office ahead of everyone else. One morning, as me and my buddy had arrived early due to color coding, decided to copy the act. We came before 7 am. This was much earlier than our usual 9am start.

As we were talking about the officemate 1 (who kept posting the cubicles in the office), we decided to take a picture of each other and post it on our Viber group. We were the only ones at the time in the office. He went over to the other end of the room while I stood beside my desk on the other end. So he took my photo and I took his almost simultaneously. We posted both pictures to let the others know that we came in early.

Here is the shot I took. 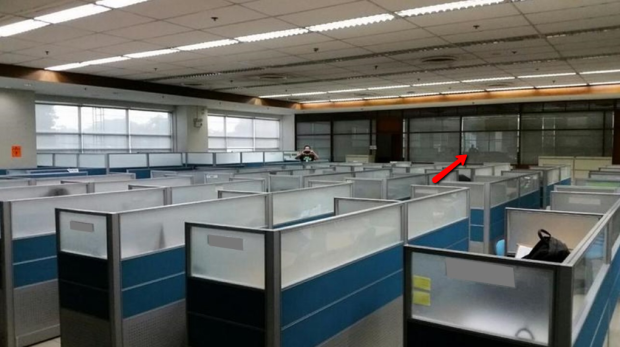 No one noticed anything strange about the photos. But as I was about to delete the picture to have more space on my smartphone, I noticed a shadow reflected on the right side of the picture I took. I zoomed in on the photo and analyzed it well. I told my officemates about the shadow and they said that this was a reflection of the guy taking my picture. I said, that’s impossible.

Geometrically, at that the angle from where I took the photo, his shadow should been situated on the door of the office behind him. To debunk this theory, we re-enacted the same position and took a shot from where I was originally standing.

The result: NO reflection or shadow had appeared on the glass panel from my angle.

He was just about two meters away from the door. In other words, WE WERE NOT ALONE. 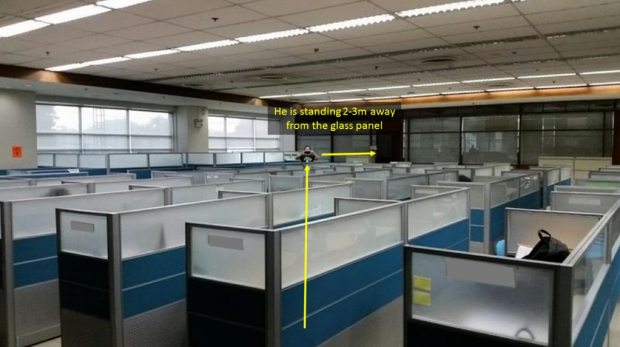 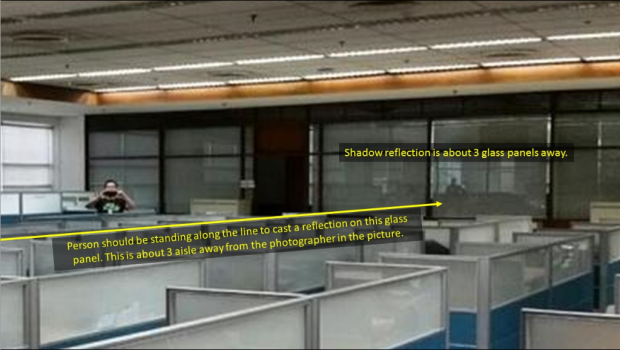 Second evidence: strangely, the position of my friend who took my photo had his elbows up. While the shadow on the glass panel had a different position. He looked like he was leaning on the divider of one of the workstations. 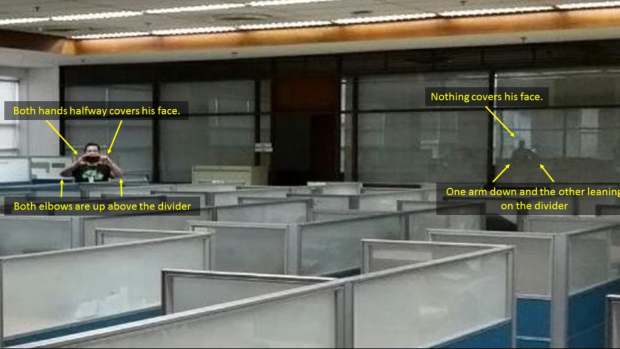 By the way, the week before this photo was taken, another officemate had met a diving accident and passed away. His desk was close to this area where the shadow was seen which was on the other side of the room. On the side where I was standing.

Could this be him? 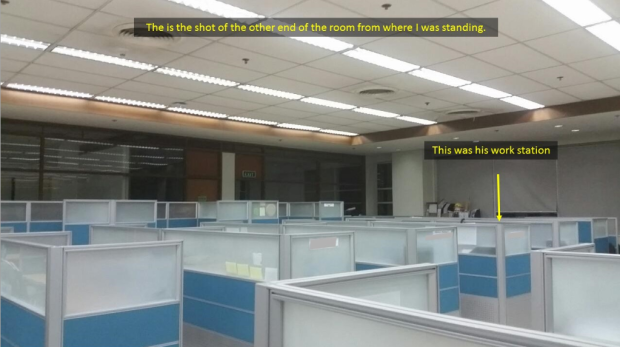 Third evidence: the officemate who passed away was tall and slim similar to the shadow. The person taking the photo was kinda’ short and stocky. Shorter even than the shadow reflection.

Could it be that he was just saying goodbye and was trying to tell us that he is ok?

There is nothing to be scared of. What we should be scared of are the real people who can harm us.

All we need to do is pray for them (our departed love ones, relatives and friends) who have left this world. This dimension in time.

Is this for real or not. You decide.

One thing that I am certain of, I did not tamper the photo, photoshop or manipulated the picture.