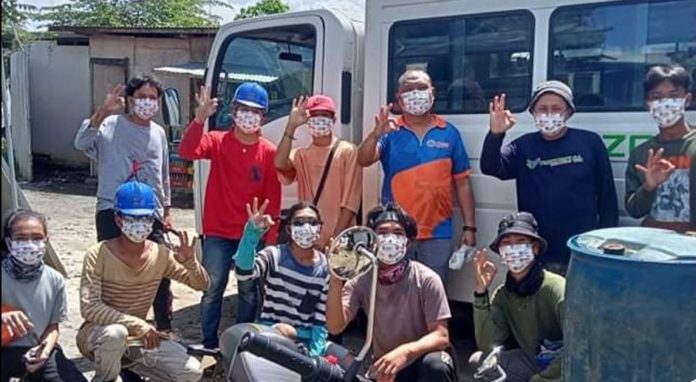 CWS Party List – More than just fighting for construction workers | Filipinos will undergo polls in choosing a set of party lists to work in congress in a blink of an eye and would prospectively help the new administration put a new or better direction for the country according to the platforms of their organization.  After experiencing different leadership approaches for generations, we now have better ideas and realization on what a democratic country like the Philippines needs to progress.

The party-list candidates contain some familiar names, while some are barely new in this arena but with all the hopes that they will occupy some seats in the congress to give voice to their advocacies. There were many speculations before the election period, each one has different strategies to convince the public and earn their support for the organization.

The majority of these party lists in the Philippines are pushing for the underprivileged and are aiming to improve their status in society. Among these influential party lists is Construction Workers Solidarity Party List (CWS) which is headed by Congressman Romeo Momo. If you knew someone who is working in this industry or most probably a friend or a relative, you might have probably had the utmost ideas of their unpleasant set of experiences and grievances while working in this field. There are common questions about this party list that the general public is curious about, Atty. DJ Jimenez gave his statement in a recent interview with DZRJ.

Atty. Jimenez is connected with the CWS Party List as a volunteer and legal adviser. CWS was initially established as a labor organization that has been around for 30 years. It is registered and accredited by the Department of Labor and Employment and was, later on, became a party list. The group was given the chance to occupy seats in congress in the previous elections and was hoping to continue serving the deprived in the coming years. Jimenez has been exposed to the different concerns of their members ever since he was invited to be their legal counsel and has been teaching labor law in some universities in the metro.

As a labor organization, it is open to the public and has been continuously growing its three hundred thousand members. Having a supportive membership group like CWS is very beneficial especially during these trying times of health crisis. CWS didn’t have any second thoughts in extending their assistance to the stranded construction worker during the nationwide series of lockdowns. As a working Filipino, the global pandemic has brought uncertainties to our national and global leaders that affected every single worker in the local and international scene.

The construction industry is facing different issues that need to be addressed and Jimenez and the rest of the team are keen on addressing each concern within their jurisdiction. And among these primary concerns is to localize the employment of a worker and there should also be a mandatory registration. By localizing their employment, they will be assisted by the LGUs where their current project locations are should there be any disasters that may arise and the likes.

They have also filed are standardization on the current salary rates of the construction workers, but with the unfortunate event brought by the pandemic, this regulation has been put on hold but the party list is still pushing thru in making this happen as this is a private-public partnership. Also, a Magna Carta for construction workers has been filled in the congress, this reflects their rights and obligations to balance the situation or agreement with commercial builders. They are also targeting the continuity of the present administration’s Build! Build! Build! program to provide a stable income for the skilled construction workers in the Philippines.

Wrapping up the interview, Atty. Jimenez mentioned that joining CWS is free of charge and each member gets to enjoy various benefits than a non-member. And as a member, the regulations and benefits are all-inclusive, which means it is extended to their family members. The workers were also given incidental and educational benefits, and if a member encounters a concern, they will be given priority and has an assurance that their grievance will be heard.